The family business was started in 1989 by František Kalný. At first, he operated in addition to his main job. In 1992, he terminated his employment and began to devote himself fully to the company operating in the legal form of a natural person. Initially, it employed only a few workers and together they carried out the surface treatment in an assembly way using mobile workplaces. While still studying, both sons started working in the company. Since 1993 Ing. Petr Kalný and since 1997 Ing. Pavel Kalný.

In 1994, there was a rapid development and the company took a leading position on the Czech market in the field of pickling and passivation of alloyed stainless steels, and by constantly expanding its capacity and innovating technologies, it is consolidating this position. In 1996, the company acquired exclusive representation and distribution rights for the Czech Republic and the Slovak Republic for ANTOX brand pickling agents. In addition to the original focus of the company, the implementation of surface treatments on assemblies, there are activities performed in its own facilities in Brno. Since 1997 pickling of alloyed anticorrosive and common carbon steels and since 1998 blasting of stainless steel surfaces with balotina. The trademark FK system was registered in 1997 as a guarantee of the quality of the services provided. At the beginning of 2002, the company moved to its own premises in Modřice, where, in addition to technical offices, there is also a warehouse for ANTOX brand pickling agents and a workplace for blasting stainless steel surfaces.

As of January 1, 2006, the company was transformed into s.r.o. and since mid-2007, when the company's founder František Kalný retires in part, he has been operating under the more marketing name FK system - povrchové úpravy, s.r.o.

The company has long been moving towards its dream goal. Construction of a modern complex for the provision of services in the field of surface treatment. Preparation and planning took over 3 years. Intensive work began on the project in 2016 and 2017. At the beginning of 2018, tenders were held for construction and technology suppliers. The actual construction work began in June 2018 and the construction was completed in September 2019. In October of the same year, trial operation began and in March 2020, a successful approval took place.

This ended the 30-year journey from the founding of the company practically out of nothing, only with professional knowledge, purposefulness and the desire to prove something, to the current state. That is, a perfectly functioning modern company with its own top technical and technological background, enabling to achieve the maximum quality of work, practically unlimited capacity and working conditions meeting the strictest criteria.

Thanks to a team of enthusiastic and professional employees in all positions, we are also looking to the future with great optimism. The continuation of the family tradition is also ensured. The company has been working for the third generation - Ing. Richard Kalný. 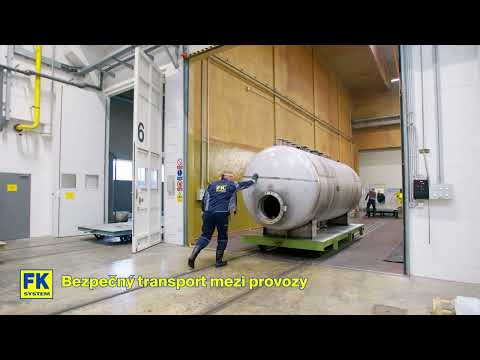